Why do old people get mean: 5 ways to manage angry outbursts in the elderly

There are several reasons why some old people get mean.

As we age or become ill, sometimes our existing personality traits can worsen in undesirable ways. 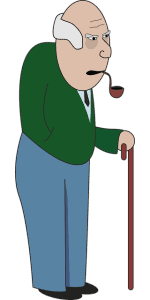 For example, an irritable person who is easily triggered and has little emotional intelligence can become more objectionable and testy when interacting with others as they age.

Elderly individuals who exercise little patience in their childhood will carry this trait throughout their life.

This already impatient person becomes more dissatisfied, unpleasant and demanding with the family member involved in their care.

Another reason for elder anger is that as our brains age, we may lose some of our cognitive abilities.

Cognitive impairment such as dementia or Alzheimer’s disease can lead to memory loss and paranoia, both of which can make elders angry and resentful.

This can lead to confusion and frustration, which can manifest as anger.

Additionally, many medical conditions common in old age such as elderly incontinence at night can cause irritability, anger and mood swings as well.

Another example the family caregivers may notice is the onset of obsessive compulsive disorder that shows up gradually over time.

Other conditions that may cause anger in the elderly parent include stroke, heart disease, and diabetes.

Whatever the underlying cause of elder anger may be, it is important to remember that abusive behavior is not acceptable.

An angry elder’s main target is often their primary caregiver.

Old people who are angry and hostile can be very difficult to deal with and often hurt their carers emotionally and physically.

If you are a caregiver for an elderly parent who seems angry and hostile, it is important to stay calm and try to defuse the situation.

You may also want to seek help from a professional who can help you manage the situation if their personality changes are cause for concern about your physical safety and those who live with them.

5 ways to manage angry outbursts in the elderly

1. Remain calm and do not react in kind

This is probably the most important thing to remember when dealing with an angry elder and a very good coping technique.

When an elderly person is angry, the caregiver needs to remain calm.

If the caregiver becomes angry or defensive, it will only aggravate the situation.

Reacting angrily will only further escalate the situation.

Instead, try to remain calm and understanding, even if you don’t agree with what the elder is saying.

Having said this, there is no reason for the family member who is the caregiver to aging parents to tolerate their aggressive behavior.

Acknowledging the elderly person’s anger can help to show that the caregiver understands what they are feeling.

It can also help to start a dialogue about why they are angry and how to address the issue.

It’s important to acknowledge the elder’s feelings, even if you don’t agree with them.

Do not try to dismiss their feelings or argue with them.

Let them know that you understand why they’re feeling angry and that you’re there to help them work through those feelings.

The elderly person’s anger is not directed at the caregiver personally.

Some elderly parents will display regressive behaviors and revert to having temper tantrums which is a form of attention-seeking behavior.

The elderly person may be frustrated, scared, or feeling overwhelmed and is taking out these feelings on the person who is closest to them.

Remember that the elder is not directing their anger at you personally.

They’re just venting their frustrations and may not even be aware of how their words are affecting you.

4. Be patient and understanding

Angry outbursts are not always directed at the caregiver specifically.

The elderly person may be frustrated with their situation or with life in general.

It is important to remember this and not take things personally. 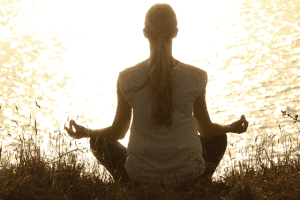 It may take time for the elder to calm down and express themselves more constructively.

Be patient and understanding, and don’t give up on them.

Once the anger has been acknowledged, the caregiver can offer help and solutions.

This could involve helping the elderly person find ways to deal with their frustration or working together to come up with a plan to address whatever is making them angry.

If the elder’s outbursts become too frequent or too intense, it may be necessary to seek help from a therapist or counselor.

They are trained professionals who can help the elderly person healthily deal with their feelings and may provide some tools for managing anger.

They can guide both the aging parent and the carer on how to best deal with the anger and help keep things under control.

Also, consider the services of a professional caregiver if the parent involved is causing the adult child carer mental health issues and burnout.

What are the main reasons why old people are mean

1. Feeling of being a burden

Many elderly people feel like a burden to their children. 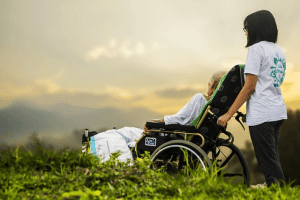 They know that they are not able to do the things they used to do and this can often lead to feelings of frustration and resentment.

Additionally, they notice their social circle having health problems and becoming smaller.

The idea that they are losing friends can hit hard as it reminds them of their mortality.

Loss of independence is another huge issue that can lead to anger in the elderly.

This can be due to being unable to do things they once enjoyed or being reliant on others for help with even the simplest tasks.

Changes in health or mobility can leave seniors feeling frustrated and helpless as they are not completely dependent on another person to help with activities they once did easily in their daily lives.

This can lead to emotional outbursts when assistance is not given as expected or wanted.

Feeling isolated and lonely can be a major contributor to angry outbursts in seniors.

When they feel like they have no one to connect with, the slightest frustration can result in an outburst.

The physical changes associated with aging can be very difficult for people to cope with, especially when those changes are not welcomed.

In our youth-obsessed society, it is no surprise that adults who undergo these changes often feel like they are no longer attractive or desirable.

Loss of youth and vitality

This can be extremely damaging to an individual’s self-esteem and lead to a variety of negative behaviours, including meanness and aggression.

These changes in physical appearance associated with aging can be quite profound and can be a huge shock for the elderly.

Insecurities are played out

This can make them look less youthful and attractive, which can lead to feelings of insecurity and self-consciousness.

Some people may become mean as they age because they are no longer able to maintain their appearance.

When individuals are no longer able to control how they look, they may become frustrated and act out. 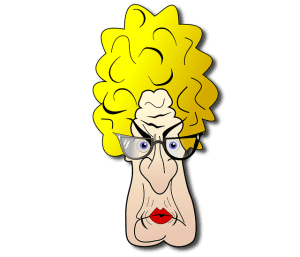 Others may become mean because they are ill and do not feel like themselves.

This can lead to a change in personality that may be seen as mean or unapproachable.

As a result, these individuals may become more critical of others and more demanding of those around them.

They may also be less willing to forgive perceived slights or mistakes.

Seeing wrinkles, grey hair or losing teeth can all contribute to an elderly person feeling angry and resentful.

Declining health is often a cause of frustration and anger among the elderly. 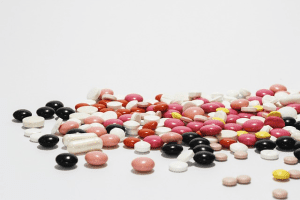 This can be anything from minor health issues to more serious conditions that require constant monitoring and care.

The elderly are also prone to suffering from incontinence sometimes caused by a urinary tract infection.

They may fear embarrassing themselves in public; as a result, they seldom venture outdoors or socialize with others.

This exacerbates their frustration and sense of isolation.

Family caregivers should be alert to whether the behavioral changes are due to such medical conditions that if caught early can be treated successfully.

Frustration with Alzheimer’s or dementia or other cognitive changes can cause seniors to act out in anger as they struggle to make sense of the world around them.

Sensory changes such as vision and hearing loss can make it difficult for seniors to communicate their needs effectively.

This can lead to anger when they feel they are not being heard or understood.

Suffering through aches and pains

Aging is incredibly difficult for many people. You must remember the elderly are no longer flexible.

Then again they are likely to experience chronic pain for example from arthritis etc.

This is very debilitating and will wear out the elderly person’s sense of mental wellbeing and reduce their enjoyment of life.

The relationship between parents and children often changes dramatically once the parents become elderly.

The roles are reversed and children are suddenly in charge of making decisions for their parents.

This can be difficult for both parties to get used to and can often lead to tension and arguments.

The adult child may have a full time job and now has the added responsibility of caring for an elderly mother or father.

The adult child themselves may be under pressure to be a caregiver especially when siblings don’t help with aging parents. 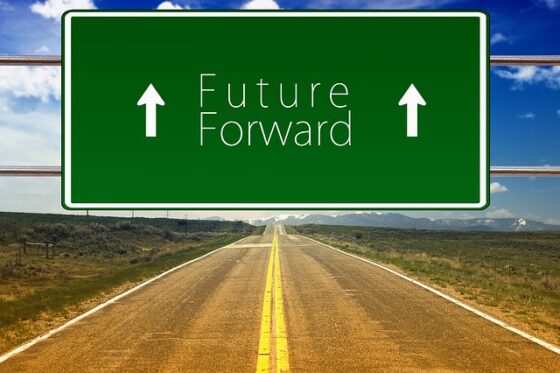 When it comes to achieving financial success, following directions is one of the most important life skills you can have. This is because successful people… 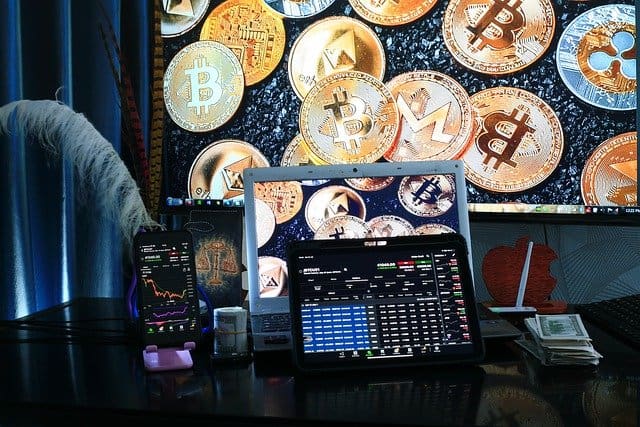 This blog post is the beginners guide on how to safely buy cryptocurrency. If you’re like most people, you’ve probably heard of Bitcoin, Ethereum, Cardano… 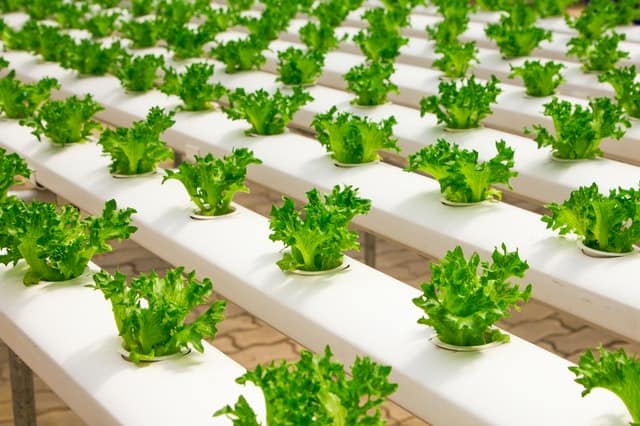 If you’re thinking about starting a hydroponic garden or expanding your current garden to include hydroponic growing media, then you’ll need to choose the right…

1 thought on “<strong>Why do old people get mean</strong>”